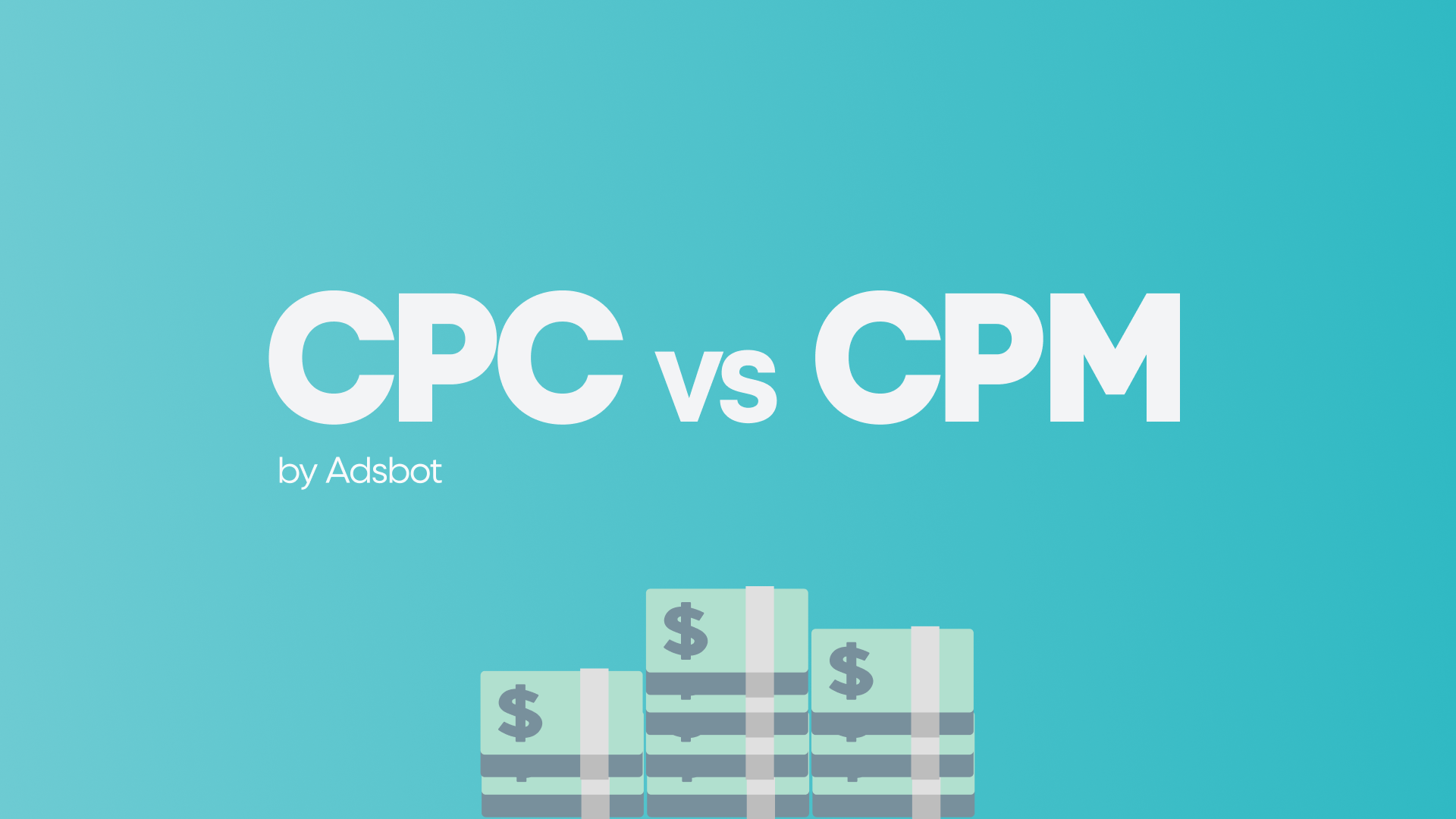 CPC is the amount paid for each click in pay-per-click (PPC) advertising campaigns such as campaign creation Google Ads or social media ads. From this perspective, CPC is a very important metric for advertisers. On the other hand, CPM, also known as cost-per-thousand impressions, is a metric that calculates the total ad spend for every thousand impressions on a web page, counting each ad that landed in front of the user’s screen as an impression and paid when it reaches 1,000 impressions.

You will learn 3 main issues about CPC and CPM in this article:

What Are The Definitions of CPC and CPM?

CPC or cost-per-click is the amount paid for each click on one of the PPC (pay-per-click) ads on advertising platforms. CPC is determined by several factors, such as the maximum bid set for an ad, its Quality Score, and the ad rank of other advertisers bidding on the same keyword. A lower CPC is better because it means a business will need to invest less money to meet its marketing goals.

CPM or cost-per-thousand-impressions or cost-per-mile, is a paid advertising option where companies pay the price for every 1,000 impressions an ad receives. Here, the advertiser only pays for ads that reach 1,000 impressions. In other words, an impression occurs every time the target audience successfully views an ad. The payment is made when this number reaches one thousand.

Impression: An ad impression is the number of times an ad is shown or will be shown to a potential user via a banner, call-to-action button, or text link. In simple terms, it is the number of times this image appears on any computer screen anywhere in the world. Ad impressions tell the advertiser the total number of views on their users’ screens. Impressions are one way to see how many people interacted with the ad. It will still be counted as an impression when someone opens any website or app, and the ad appears there, but the person doesn’t click on that ad; it just appears on their screen.

Click: A click is the actual number of times a user places their cursor, for example, on an ad image and uses the mouse to click on that image and reach the website. In simple terms, clicks are a metric that counts how many times users click on an ad to reach an online property. Clicks are a type of interaction that tells how many people clicked on the ad to get to the website to learn about the product or buy it. In this respect, clicks can be treated as a positive interaction, as it shows that people are interested in the product and helps the advertiser find the audience they need to target.

Difference Between CPC and CPM

When it comes to online advertising, measuring both impressions and clicks is essential to know how useful the ad campaign is and how to optimize Google Ads, for example. CPC is paid when a user clicks on the ad. CPM, on the other hand, is paid based on how many people see the ads. Bidding is based on the number of clicks in one and impressions in the other, so there are differences between the two metrics. 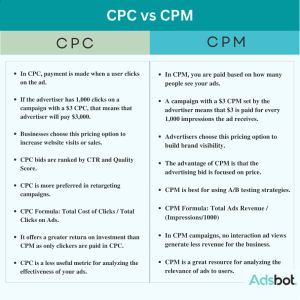